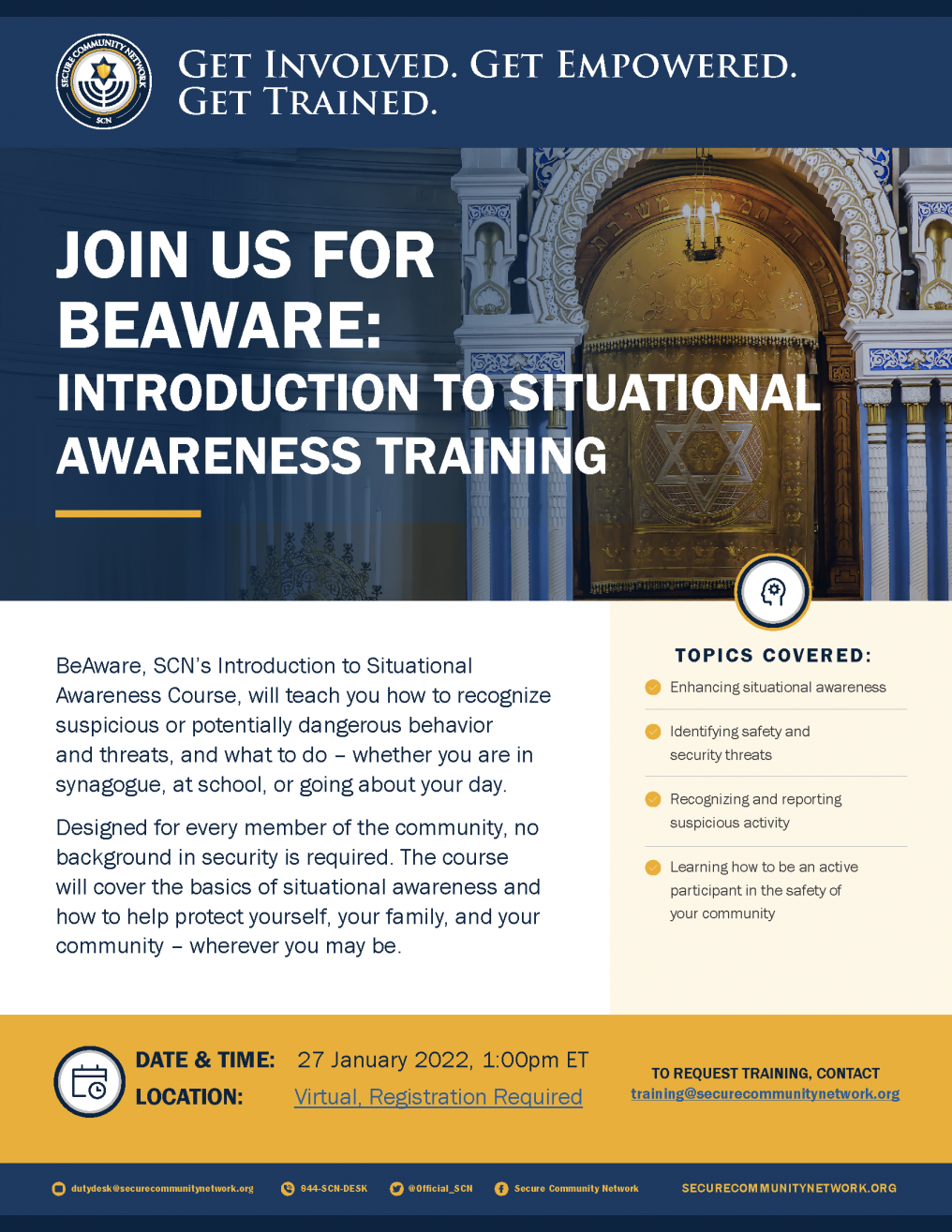 Click the link in the poster above to register for the BeAware Training Webinar on 27 January 2022 1:00pm ET.

The SCN Homeland Security & Preparedness Training Center is a comprehensive online e-learning portal dedicated to the training, video education, and other interactive training and development content.  Through the use of video technology and online training, the SCN Homeland Security & Preparedness Training Center provides visitors with a centralized portal and instant access to security awareness, workplace safety and risk management education and training.  In addition to the video courses and other curriculum, this web page features an “e-tool chest” of relevant security checklists, information, resources and other downloads to supplement the training courses and video education.

Current content features training from the U.S. Department of Homeland Security, SCN, FEMA, C.E.R.T and other private sector partners.  New content and training materials will be added periodically so please check back to the site frequently for new courses.

To begin the training or view the videos, click on the accompanying links.